Working with parents around relationships and sexuality 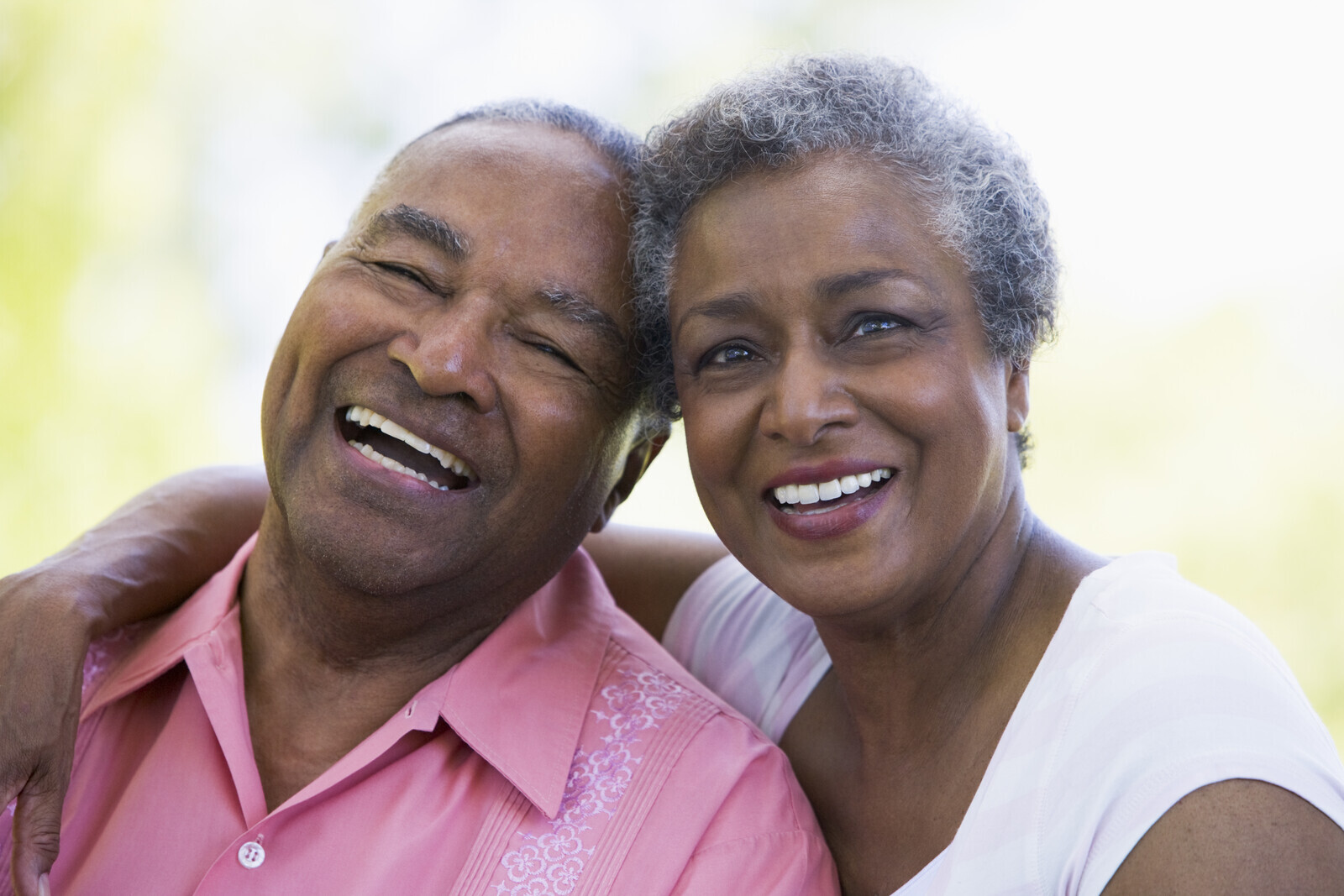 Few organisations have developed strategies to engage parents with relationships and sexuality support.

Instead, it is predominantly provided after an issue has happened, meaning that parents are only involved in a crisis. So, relationships and sexuality become seen as a problem, instead of an integral part of life.

How can supporters engage and work with parents of adults with learning disabilities?

Parents have a huge impact, positive and negative, on their children’s ideas around sexuality. Many adults with learning disabilities rely on, and want their parents’ support around forming a relationship with another person, but may need support to address issues with their parents.

Good practice involves engaging parents as partners with supporters to create opportunities for people to gain skills and knowledge around relationships and sexuality. For supporters to feel confident, they need active management support, training and clear policies.

Why is this topic important?

People need consistent relationship and sexuality messages from supporters and parents, whether they live in the family home, supported living or a residential placement. Relationships and sexual life skills ensure these adults can fully participate in community life. Social mistakes made by people we support, such as sexual touching in public, can result in adults being constantly monitored or admitted to secure units.

In practice, supporters manage issues surrounding sexuality on a regular basis, because it is a fundamental part of life, regardless of disability. Although organisations are well-versed in safeguarding, there is less emphasis on supporting relationships and sexuality, including how to involve parents. Parents tend to be consulted in a crisis, such as so-called, 'sexualised behaviours', which are often due to lack of relationships and sexuality education.

What does the key legislation/government or regulatory guidance say about this topic?

In 2019, Liberty Protection Safeguards tightened the degree of assessment before someone can be deprived of their liberty for care and treatment. There is a duty to consult with family members or someone close to act as an 'appropriate person', to raise concerns and represent the adult with a learning disability.

The Care Quality Commission’s 2019 guidelines addressing relationships and sexuality, focused on training, including exploring supporters’ own attitudes. There was little mention of parents and families, aside from being a source of, 'feedback', when evaluating policies.

New legislation in 2020 made relationships and sexuality education (RSE) compulsory in all schools in England. Importantly, parents are expected to be actively engaged in supporting key RSE messages. In time this may create a more informed, vocal, and expectant cohort of adults and parents, who pressurise social care services to support people’s intimate relationships proactively.

What does the key research say on this topic?

Parental attitudes impact their adult children’s socio-sexual experiences and their ability to exercise rights around sexuality. Parental perspectives tend to be conventional, especially the older the parent. Similar findings have been found in supporters, with both parents and supporters being particularly negative about parenthood.

Despite limited support for their children’s relationships, parents’ real concern is the perceived vulnerability of their child. These fears can result in constant monitoring, which restricts social experiences, making the possibility of relationships even harder. Perceived vulnerability is reflected in the culture of supported living and residential settings, where safeguarding is a priority. Simultaneously, talking about sexuality is often taboo, allowing unacceptable or predatory sexual behaviours to be unchallenged or not challenged effectively and positively. In addition, such behaviours may be viewed as an integral part of the person’s disability.

There is repeated evidence that both parents and supporters lack resources and confidence to broach the subject of sexuality.

Research has found more positive attitudes towards sexuality among younger supporters. Additionally, if the organisation embraces relationships and sexuality and training, supporters have greater positivity to sexuality issues.

Other studies found that empowerment of people, and more open discussion of sexuality were key in creating a culture which supports relationships.

Research on engaging parents in education has highlighted strategies, which may be applicable to social care, such as outreach programs for parents, using a combination of teachable moments, group, and family sessions. Barriers to engaging parents included practical issues such as the timing of sessions, lack of transport and lack of accessible communication. Poor dissemination of information was also an issue. ‘Structured conversations’ should be carefully managed with specifically focused discussions among staff, the person and their parents. For example, sexuality issues related to the person could be explored during these 'conversations'. Research has found that such meetings can result in closer connections among everyone involved.

What are the most common challenges faced by supporters in this area?

How best to overcome the issues?

The primary way of helping supporters is the development of clear policies and procedures, underpinned with adequate induction and on-going training. Active management support is essential to ensure resources are available and policies are updated.

Policies should include strategies for parental engagement, which are proactive and form a rolling program of information and discussion within the boundaries of confidentiality. Disseminating information to parents should be inclusive and accessible, as well as utilising different methods.

Structured conversations require training to help supporters understand how to work on objectives with parents. Of note would be issues surrounding mental capacity, consent, relationships and sexuality education and confidentiality.

Watch Kate's webinar on how to engage with parents and how to support them in supporting their children around relationships.

Watch Kate Reynolds talk about her work, outlining the principles and key themes of training sessions for parents of people with learning disabilities and/or autism.

Seth is a 38-year-old man with learning disabilities, who lives with his mother. His father died two years ago. He works part-time at a local supermarket alongside a young woman called Lois.

Seth’s mother persuaded him to see their family doctor because she thought he had become impatient and secretive. The doctor saw Seth without his mother, which made her feel “pushed out.”

Seth has no social worker, no other supporter and does not attend any social groups. His mother has no respite support and has been his only supporter since his father died.

The doctor referred Seth to the social work team and explained confidentiality to support Seth’s reticence to share information with his mother. His mother still did not know about the issue, which caused her anxiety.

The social worker facilitated Direct Payments for Seth and from that he employed two supporters. There was a lack of confidence among the supporters and social work staff, who perceived sexuality as a specialist area in which they had had little training. With support and individual training, supporters were enabled to support Seth in developing social contacts, notably attending a local social club for people with learning disabilities. They also helped him access internet contacts in a safe way.

With Seth’s permission, the social worker spoke with his mother to invite her to facilitated meetings, which included Seth and his supporters. Seth’s mother was advised to allow Seth to speak and express his thoughts without interruption. She agreed, but found this difficult in practice.

Many of the facilitated sessions educated Seth, who had received no relationships and sexuality education. However, he had searched the internet and had more knowledge than his mother expected or knew herself. He had pronounced knowledge in areas surrounding sexual acts, but few social skills surrounding relationships. In discussion, it became clear that Lois was probably doing her job when she chatted to Seth, it was not flirting, she had a boyfriend already.

This led to further exploration of Seth’s desire for a partner, how to meet someone and issues surrounding consent. Much of the work involved supporting Seth’s mother to be supportive of his desire for an intimate partner and to appreciate his needs as an adult.

What is sex? A guide for people with autism, special educational needs and disabilities

What is sex? A guide for people with autism, special educational needs, and disabilities by Kate Reynolds.

What are relationships? A book for young people with autism, developmental and intellectual disabilities

What are relationships? A book for young people with autism, developmental and intellectual disabilities by Kate Reynolds

What is personal space? A book for young people with autism, developmental and intellectual disabilities

What is personal space? A book for young people with autism, developmental and intellectual disabilities by Kate Reynolds

Sexuality and Severe Autism: A Practical Guide for Parents, Caregivers and Health Educators by Kate Reynolds