People with learning disabilities can often be socially isolated and sometimes struggle to make friends. 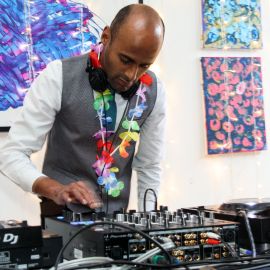 Having close friends increases our emotional well-being and happiness. It can also be a way to find love as many relationships start from friendship.

Long-term loneliness and isolation are not uncommon for a person with learning disabilities. Friendships with similar-aged peers are important in the same way as they are for anyone else, providing:

The role of parents and support staff

Friendships need nurturing, in a similar way to more intimate relationships. Sometimes parents fail to prioritise friendships, because they feel that family can provide all the social connections the person needs. Possibly fearing that exposure to a wider social network will open the door to abuse. Although most parents are concerned about how their children will manage without them in future, they don’t regard friendships as a key component of their children’s support.

Support staff may not prioritise friendships, sometimes because friendships may become intimate and they feel uncertain about ‘promoting’ intimacy. Also, some things limit opportunities for the person to create friendships. For example, special schools tend to be some distance from home so after-school social meetings may not happen without effort from parents. For adults, supported living arrangements may not be permanent. People may be moved on and friendships pulled apart according to the needs of the housing provider.

Challenging areas and things to practise for friendships

Jack attended a SEND resource centre in a mainstream primary school, which didn’t practise adequate inclusion. Consequently, Jack was restricted to the youngest section of the centre, meaning his social contacts were exclusively reception and year 1 children.

At secondary level, Jack attended a special school 25 miles away, travelling by council transport. Because of the distance, his parents didn’t meet other parents or facilitate social events or friendships.

At 11 years old Jack ‘made friends’ with a five-year-old neighbour, with whom he played video games most evenings, for over a year. However, as the boy next door grew older, he developed his own school friends and abandoned playing games with Jack.

Jack is now at a specialised college and has no established friendships. His older brother, who would go out in the community with Jack, has left for university.

With help from college, Jack’s parents have secured direct payments for him to employ a young male support worker whose role is to support Jack in community activities and groups. Jack now attends a monthly nightclub for people with additional needs. Additionally, the college includes friendships as part of his support plan. Jack’s parents also have put efforts into meeting with other parents and young people to try and support friendships.

Kate E Reynolds, autism mother, author for Jessica Kingsley Publishers, public speaker, doctoral researcher and consultant for families and schools. Kate specialises in relationships and sexuality education, the impact of autism on girls/women and counselling for people with learning difficulties and their families. You can contact Kate here:

Kate Ripley (2019) Exploring Friendships, Puberty and Relationships: A Programme to help children and young people on the autism spectrum to cope with challenges of adolescence.

The Supported Loving network has produced a series of guides to help support people with learning disabilities with issues around sex and relationships.

For people with learning disabilities finding love is often more than just chemistry – it can come down to getting the right support from your staff.