Off to a flying start

Ryan has always been interested in a career in aerospace, and over the lockdown in March 2020 he took a first step towards his future.

Looking for support near you?

Find support near you by looking on our interactive map.

Ever since he was a small boy, Ryan has been fascinated by aircraft and engineering. He inherited his interest from his uncle who was an RAF fighter pilot during the Cold War. Ryan studied engineering at college and he builds aircraft models as a hobby, which he shares on YouTube. Over lockdown, Ryan, who has autism, took an exciting first step in his engineering career.

Ryan is supported by several organisations which, in his own words, help him to “be independent and fit into the local community.” For seven years he has worked at Choice Support’s Tuck by Truck project, in Kent, which supports people with learning disabilities and autism to gain work skills and find work. The Tuck by Truck service delivers boxes of snacks and drinks to businesses around Kent, and Ryan works there as a delivery assistant.

Ryan’s role at Tuck by Truck builds his experience and confidence so he can pursue his dream career in engineering. He describes the valuable support and advice from Tuck by Truck support workers as “second to none,” and says that he has received “lots of support to develop new skills.”

Over lockdown, Tuck by Truck couldn’t provide their usual support services, but Ryan continued to access support and talk with his support staff over WhatsApp. Staff encouraged Ryan to continue with his model aeroplane construction and to pursue his dream of getting a volunteer engineering position. Over email, Ryan himself reached out to the organiser of a volunteer group setting out to dismantle a Phantom fighter jet. He was then invited to join their team.

Working to dismantle a Phantom fighter jet is a dream job for Ryan and is the first step in his engineering career. In his role, Ryan applies his specialised aircraft knowledge and makes a valuable contribution to the project. He encourages everyone to “keep at it,” and to pursue their dream career. Ryan has never “given up pursuing this line of work,” and it has certainly paid off. 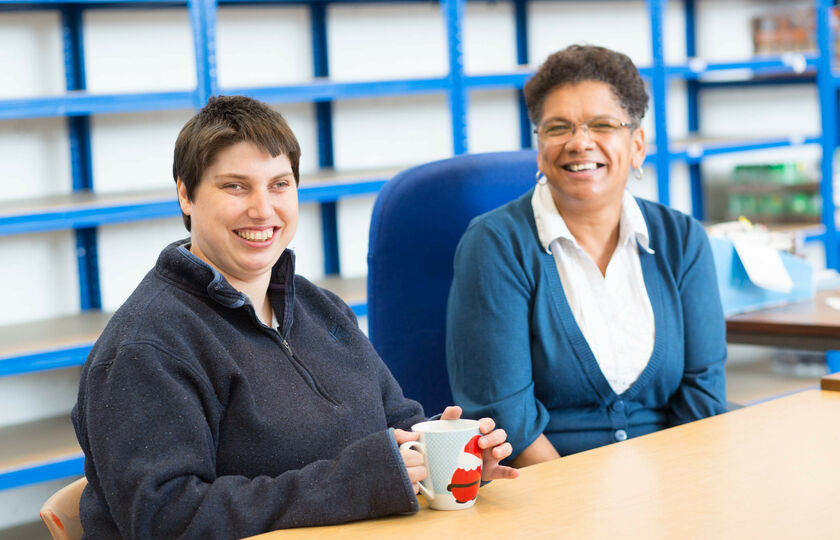 Tuck by Truck helps people with autism and learning disabilities to get into work.